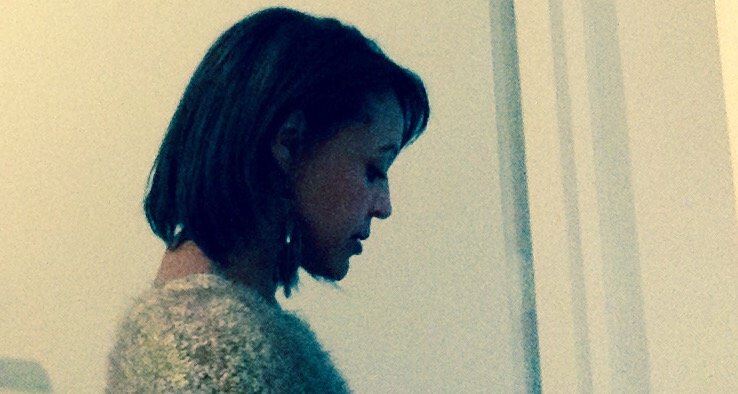 What is your music background? What were your earliest influences?

There are two pieces of music that inspired me to sing. One was an album of Gershwin songs by Ella Fitzgerald and the other was “Dido’s Lament”, an aria from Purcell’s “Dido & Aneas” sung by Guillemette Laurens. I had not listened to opera before and it moved me so deeply I dreamed I could one day be able to sing something like this. I later trained in classical singing as a mezzo-soprano and although I never pursued it as a career, I had the opportunity to sing choral and solo pieces with various musical groups around the world.

You have quite a multi-cultural history. What are your family origins?

Yes, I come from a mixed cultural and racial background. My mother is French and my father was from Central Africa. They met in Paris so I was born in the French capital but I also spent some of my childhood in Africa.

Is it true that you studied Japanese language and literature/history in Japan? Were you involved in music during your time there?

As a teenager, I developed a fascination for Japan after discovering classic Japanese films by Kurosawa and Mizoguchi. I completed a degree in Japanese studies at university in France, then went to live and work in Japan for a couple of years. It was an inspiring experience, culturally and musically. I was welcomed into a family of musicians who taught and performed the koto and shakuhachi. The grand-mother was a nationally recognised koto player who created her own school and composed her own music. I learnt to play the koto and occasionally performed with them some traditional and contemporary pieces. Interestingly, it is also in Japan that I started singing with a local early music ensemble.

Now that you have settled down in Australia, how would you compare the music of Australia to that of France or Japan? Have you had any opportunities to get involved in the music community where you live now?

There are so many styles of music within each cultural context that it is actually difficult to compare. There has been, I guess, a unique flavour to French music that some musicians carry through these days, embracing the legacy of people such as Jacques Brel, Georges Brassens or Barbara. In their music, there is a strong emphasis on the textual element, the emotional power of the words or narrative. I do think that each language has its own rhythm and music. Whether I write songs in French or English I try to respect the phrasing and pace particular to each language. I only started song writing in recent years. After migrating to Australia, I continued my vocal studies, singing there and then with local music groups or choirs then took a break from singing for a few years. Five or so years ago, I decided to learn the guitar with a view to explore other interests than the classical repertoire.

I know that you have been influenced by singer Jane Birkin. And with your upcoming track titled “Un peu de Gainsbourg ou de Ferré”, you obviously enjoy the music of Serge Gainsbourg and Léo Ferré. Can you talk a bit about your biggest influences?

“Un peu de Gainsbourg ou de Ferré” is a song I wrote as a tribute to the musicians or poets through which I have stayed connected with French language and cultural identity. Whilst travelling is an extremely enriching experience, you sometimes feel like you are also losing parts of yourself on the way. Their music has the power to draw me back into familiar cultural and emotional spaces. My musical interests and influences are quite varied. On the French side, I have listened to a lot Barbara, Gainsbourg and Birkin. I love Françoise Hardy’s vocals and the moody sounds of Françoiz Breut’s music. I have also been a very keen listener of musicians such as Bjork or Kate Bush who have a unique artistic imprint and bridge different genres in their music. I love the possibilities that music collaboration offers in terms of stretching one’s boundaries and experimenting different avenues.

It’s been enjoyable to collaborate on “Where The Wild Sea Ends” and some other upcoming songs for our project. It will be interesting to see where most of our fans reside. Do you think a majority of them will be out of France?

Yes, it has been an exciting journey so far. I have enjoyed the process of co-writing, bouncing back ideas and merging different languages and musical influences. Our project may indeed attract stronger interest from a French or European audience. It will be interesting to see who connects with this music.

What are your thoughts on your future in music? Do you think you will continue to collaborate with various musicians?

My ambition is to further incorporate into my music elements of the cultural “métissage” or blending that I have experienced in my personal life. I am therefore very keen to pursue the path of collaboration to experiment with different styles and instrumentation. One of my works in progress is a song in four different languages. It is inspired by a Japanese folk song, a lullaby. I would love to collaborate with musicians from different countries and include instruments such as the koto or African percussions in this song. I must say what makes the collaboration on our current project successful is that we work in a similar way and are quite attuned in terms of musical interests. It has made the process very seamless and rewarding.