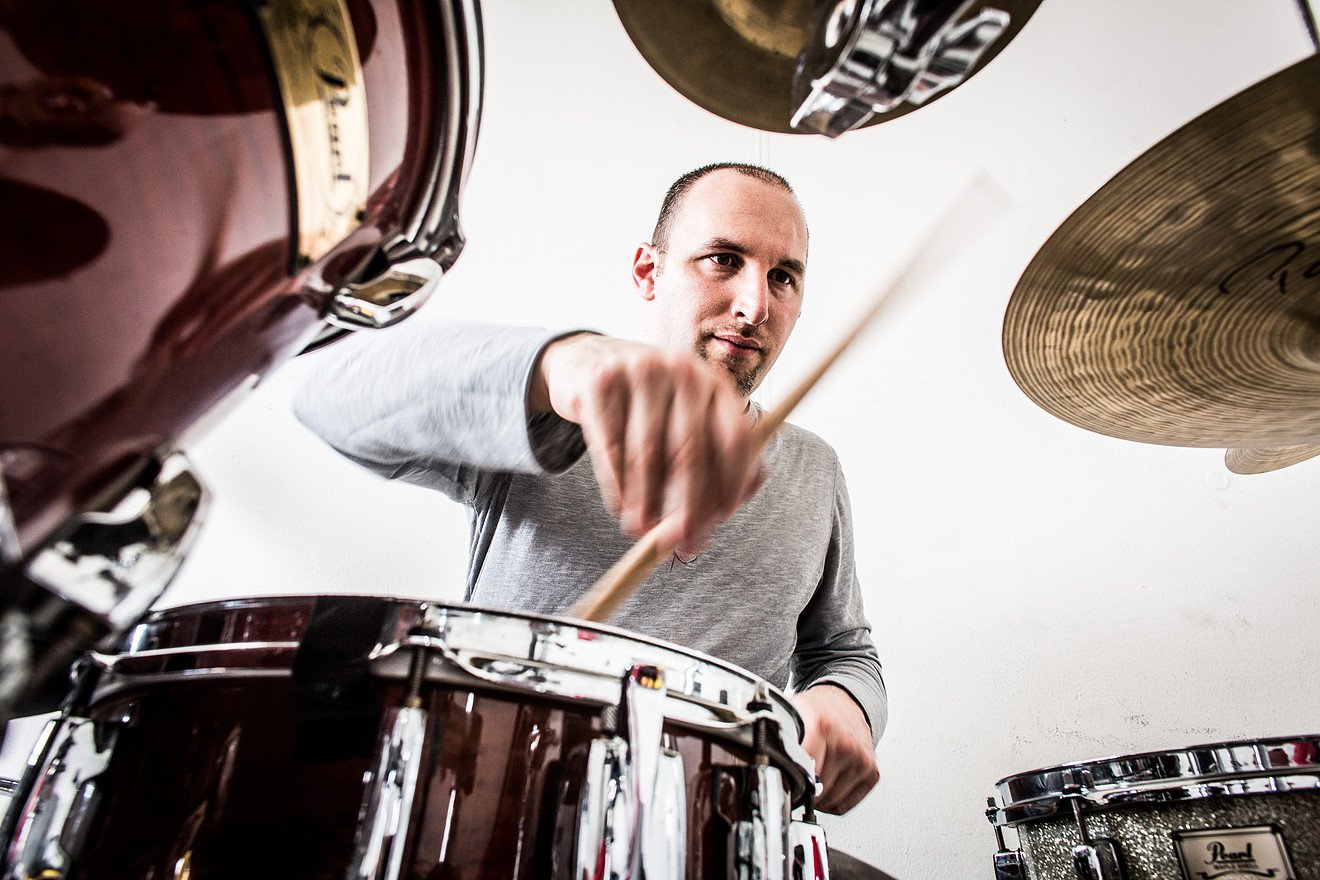 Growing up in Israel, what music opportunities did you have? It looks like you were introduced to the Indian Tabla drum at a young age, and you also play other interesting percussion such as the Udu drum. Did far east drum styles have a big impact on your drum technique?

From the very first day of my life I was always drawn to the drums. As a kid I just loved drumming on anything possible. I was fascinated by it. So I started with drums as my official instrument, playing in many different projects and bands. I was mainly active in the progressive rock and fusion genre in Israel. So I can say that right from the start I tried to be diverse and creative with my music and playing. Sometime in my mid teens I became interested in music from different parts of the world and through that, discovered music from the far east, and especially music from India and thus, the Tabla. But it’s quite common in Israel to be exposed to many different styles and genres of music. Israel is the meeting point of this entire region, where influences from all over the world meet and create a nice, interesting and exotic mix — So growing up in Israel has definitely contributed to my musical development.

For sure, once I started learning Indian music and the art of Tabla, I changed my entire approach to the drum kit. I started concentrating more on the melodic and harmonic aspects of it, as well as the rhythmical concepts; basically seeing the drum kit or any other type of drum as an integral part of the composition played rather than just grooves and rhythm.

At what age did you move from Israel to Germany, and did that open up new doors for you in terms of music opportunities?

I moved to Germany in 2009 because I wanted to check the international scene. Israel is a small country and even though I was already an active touring musician, I felt like I needed to check out what is going on abroad in the music industry. When the opportunity to move to Germany came along I jumped at the chance, and today I am based in Berlin, which is located more or less in the center of Europe.

Just like Israel, Berlin is diverse and multi-cultural, with many musicians and interesting projects to get involved in. In addition, moving to Berlin also opened doors for touring and working in Europe, since it is mostly one united continent without borders. The location makes it much easier to just get in a car and go on tour.

Of the three songs you drum on from Kinora (Lovers Impromptu, Vagabond Prayer and Letters from Adeline), which song was your favorite to work on?

Ooohhh, that’s a tough question… I liked working on all three of them. Each song has its own character and uniqueness.

I guess I enjoyed working on Vagabond Prayer the most because in that song I was inspired to try out several different versions. Basically I allowed myself to experiment more on that one. I like being as creative as possible whenever I play a song. And on Vagabond Prayer it felt natural to create several patterns and layers of percussion which eventually will all come together in a nice harmony and add some spice to the song.

For the Kinora songs, you provided a lot of good material that I could work with in the mixing phase. When you hear a new song, does it usually come natural for you to find the best drum style to fit the song?

Whenever I need to lay down percussion tracks to a song, I first try to get as much information as possible from the composer. I try to get into their head and understand the concept of the song. So in many cases this is what happens and I manage to work from there, but in many other cases, I get the freedom to just interpret the music myself and to do whatever comes to mind.

Each song is different, and so I can’t say that it’s always easy for me and that it always comes natural for me to play drums to a song. Therefore I try to feel out the song by listening to the various instruments — their sound; their parts. I listen for the feeling, color or atmosphere I get from the instruments played and the song in total. At that point I start laying down my tracks accordingly. Sometimes, like in Vagabond’s case, I was inspired to try several versions. I am happy that in the end it turned out so well.

What mics and equipment do you use to record?

For the drum recording I use the t.bone DC4000 drum kit microphone set. It does the work for me. In addition, I am using the Focusrite Scarlett 18i20 2nd Gen as my audio interface. An amazing device indeed. I also use a ZOOM n4h recording device for the percussion recording. It gives me the right sound I look for, for my percussion.

Regarding my instruments: I have tons of percussion, starting from small bells to big drum kits. I have Tablas, Udu drums, Hang drums, bells, chimes, congas, bongos, dholak, tambourines, shakers and 3 drum kits.

You play in a gypsy-swing band called Django Lassi. How did you discover gypsy-swing and meet your band members?

Django Lassi is currently my main band. We get to tour a lot and play all over the world on big stages and wonderful venues. However, I don’t come from the gypsy-swing background nor the jazz scene to be honest. I come more from the progressive rock and modern jazz world. And of course, ethnic music as well. As a matter of fact, it is only after joining Django Lassi that I started learning more about that genre and style. And since originally, in this style there were no drums, I had to adjust and come up with my own concept for the band. Django Lassi started as a cover band for gypsy-swing tunes, especially following the “Manouche” and Django Reinhardt tradition. After joining the band we evolved together into something completely different, applying many other styles of music into ours.

The guys from Django Lassi I met through mutual friends and different sessions in Berlin. Like I mentioned before, Berlin offers everyday several jam sessions, so it is easy to find your circles here.

The band existed some years before I joined, and they had another drummer, and when he quit the band, I was offered to fill in the gap. And so I did and stayed ever since. It’s been 9 years already…

You are welcome to check us out here: www.djangolassi.com 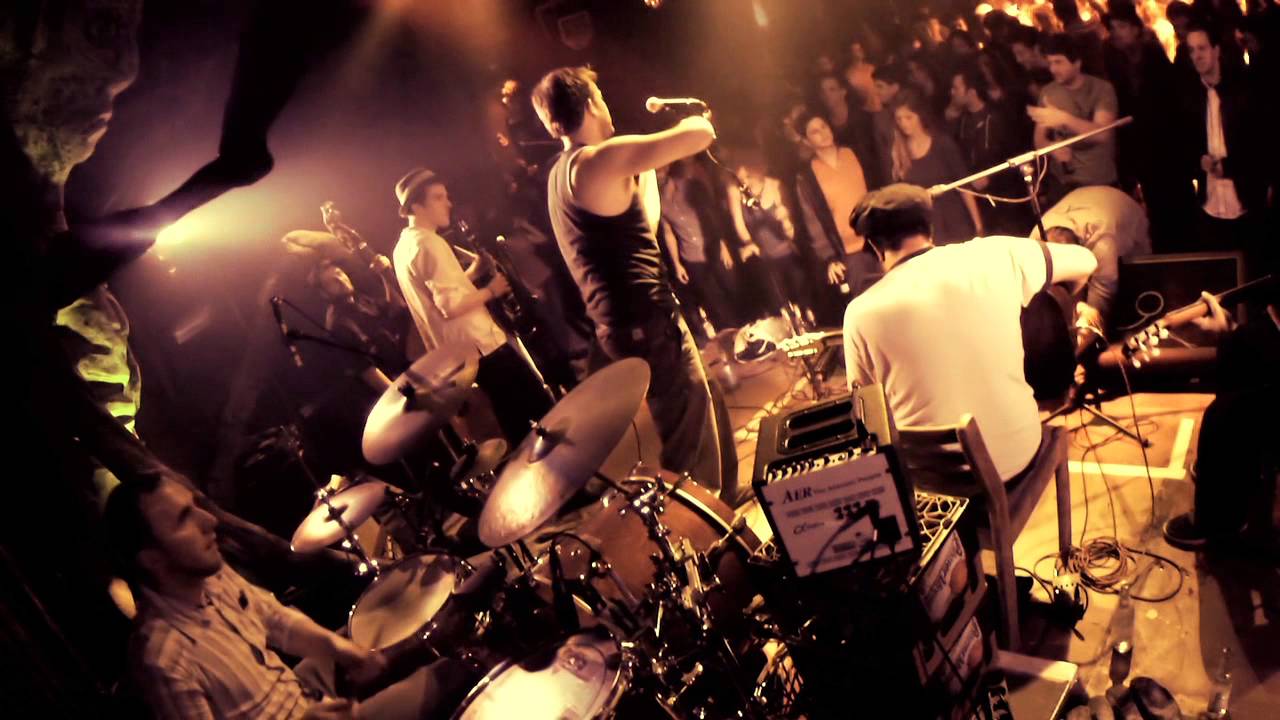 Do you have a specific music style that you feel you enjoy the most? What plans do you have in music going forward?

I enjoy everything that sounds and feels good to me. I can’t point out specific genres, I just like good music — Anything interesting, inspiring and fresh.

It is hard for me to predict what will come next. The world and especially the music industry on all its genres are changing dynamically and rapidly. At the moment I am just trying to find the right balance between my work as a musician who has to pay the bills and the artist who does art for his soul.

What drives me forward and motivates me, is of course my wonderful family, who always supports me and stand by my side, and secondly; the people. The audience that comes to my shows and consumes my music. It fills me with great joy to see them happy and for those few moments just to be free from their daily stress and to dance and react to something so pure that is rooted inside each and every one of us. So, as long as I can give people that feeling and energy, I will keep on doing what I do.