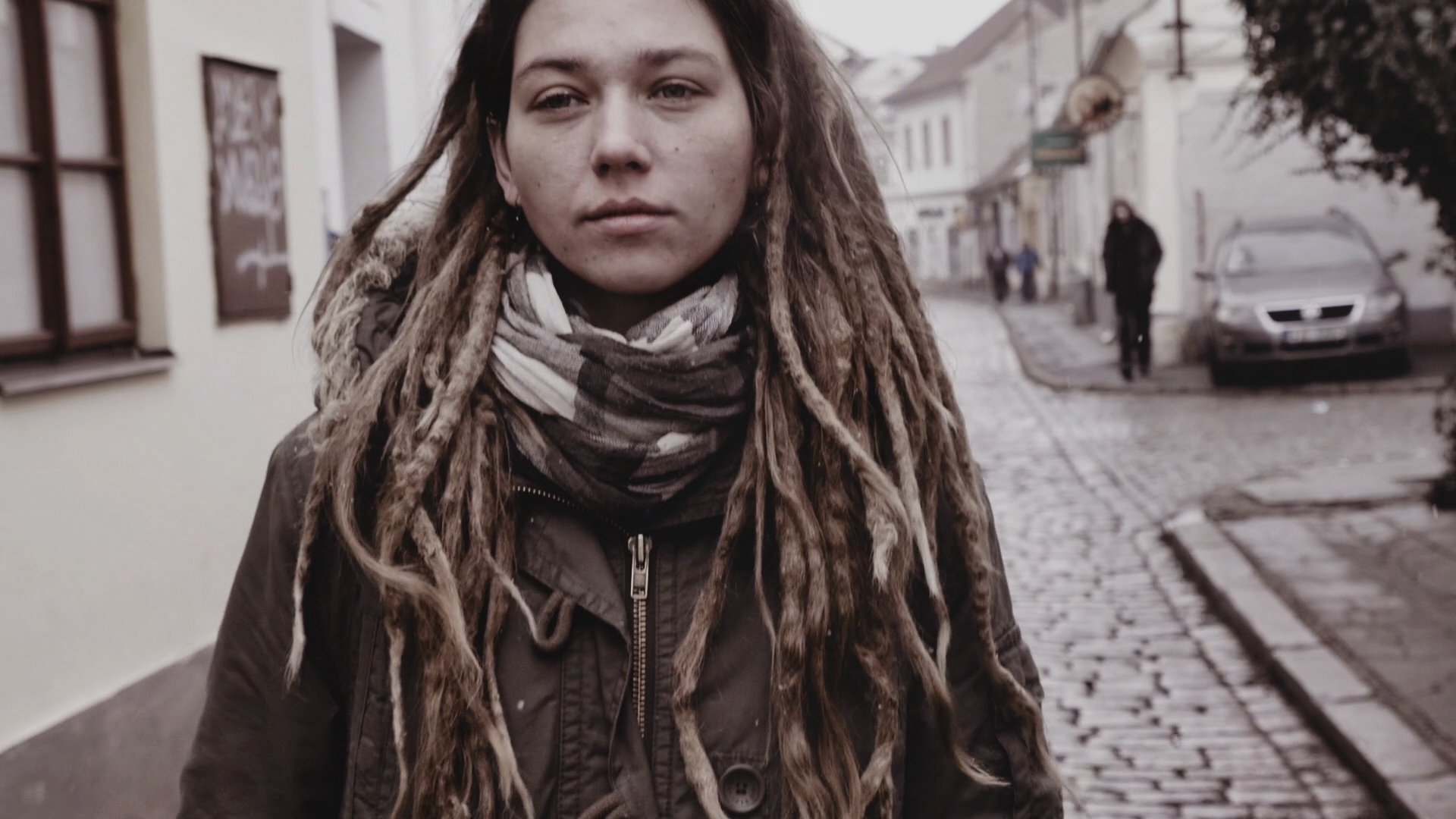 What was your thought process in the beginning stages of writing the song, “Lovers Impromptu”?

My wife and I were in Bardejov, Slovakia; a city in the east of the country that has an intact medieval town square with a symmetrical layout. We were about midway through our journey traveling in a big circle to various castles and towns around Slovakia. The idea behind the trip was deliberate. I wanted to begin the songwriting process during the trip so I had a journal with me. One morning there was a gentle rain and because we didn’t come prepared, we searched a number of shops for an umbrella. It was fun though, being slightly wet and enjoying some sweets at a Cukráreň (pastry shop). In that mood of joviality and nostalgia, the first bit that came to me was the bum, ba, bum, ba, bum playful bassline that starts the song. 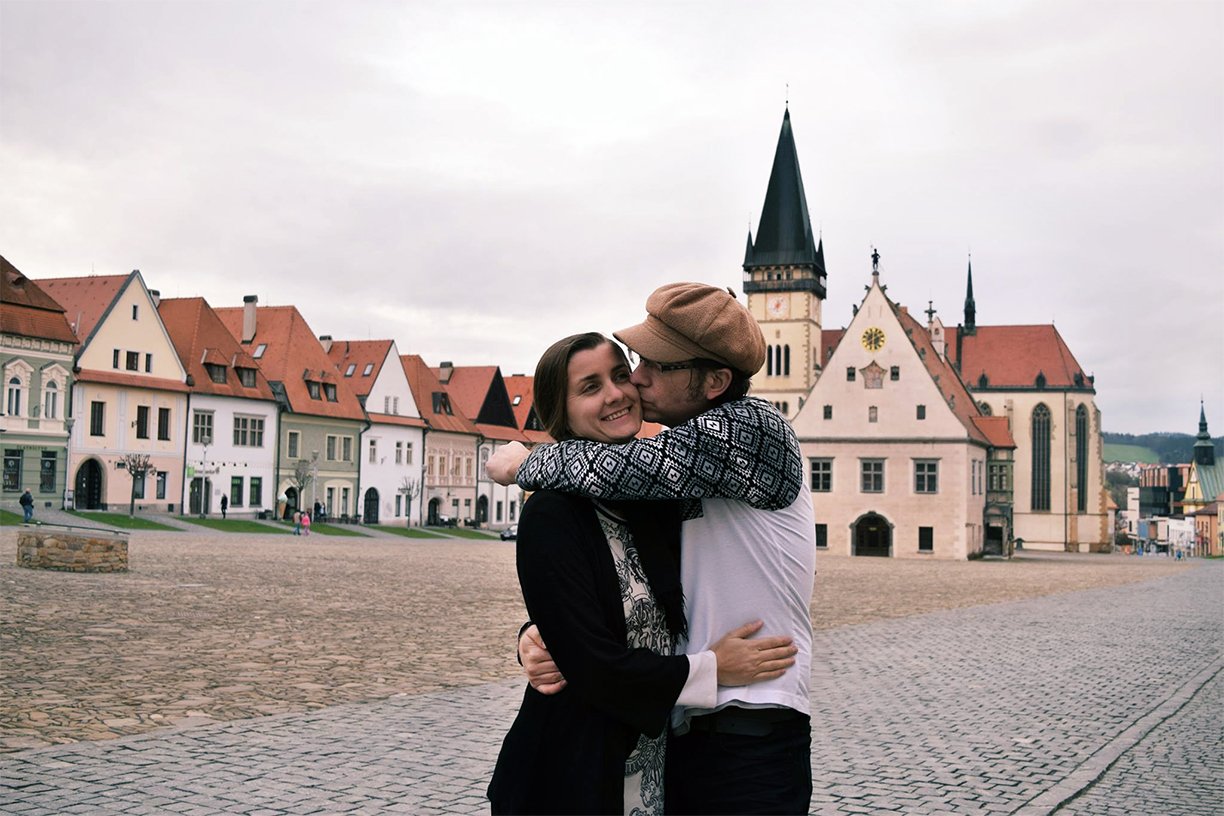 So that pizzicato cello phrase sort of came out of nowhere? Did you have your cello with you at the time?

No, I didn’t have my cello with me but right before the trip I had been playing a lot. I think the sounds I get with cello were fresh in my mind. We went back to our motel room and I just recorded myself singing that line so I wouldn’t forget. All the documentation was either on my laptop or in my journal.

You say that you like to start with a certain mood when you write. Were there specific production techniques used on “Lovers” that helped you to strike the mood you wanted?

Well, the way I mix is very trial by fire. I’m a big fan of trying things until I stumble upon what works. I actually wrote the song in layers so it was a while after recording the pizz line on cello that I picked up a melodica and recorded that piece to interweave with the sound. And then, it was much later that I put the melody line and lyrics to it. Because I started writing the song with the bassline, it framed the rest of the song and took it in the direction it needed to go.

As far as production technique, I soaked the sibilance in reverb. It’s a similar idea to George Michael’s “Jesus To A Child” although not near as intense. Overall, I like to leave in small imperfections; the little nuances that help us connect. The human elements. For example, you can hear Yatziv put down his drumstick at the very beginning of the track… I left that in.

It seems to lean toward slow jazz a bit which is quite a diversion for you musically, isn’t it?

Most of the “Kinora” album is a diversion for me. Although my tunes definitely have a folk base, I was listening to a lot of French music when writing these songs; a lot of Yann Tiersen, René Aubry and Serge Gainsbourg. I’m trying to not think about genre but more about feelings and the heart of what I’m communicating. For example, lyrics are necessary in some songs, but can kill other songs.

How did the music video for “Lovers” come to be? Did you previously know videographer Michal Böhm?

For starters I knew I wanted the video filmed in either Slovakia or Czech Republic. I ran across Michal through his website: mike-czech.com and he was interested in taking the project on. It was filmed in a small town called Brandýs nad Labem outside of Prague. After filming Michal wrote, “The opening shots are of a chilly early morning, when the stalls on the town square were being prepared for a Christmas fair”. I’m very pleased; he captured the mood I wanted and is a natural storyteller.

What did your wife think of all the travels?

Oh she loved it! She’s from Slovakia but some of the towns we saw were places she had never been. Oravský Podzámok is a good example… an intense castle that sits above a small town. It’s eerie and majestic. She was just as excited as I was. ☪ 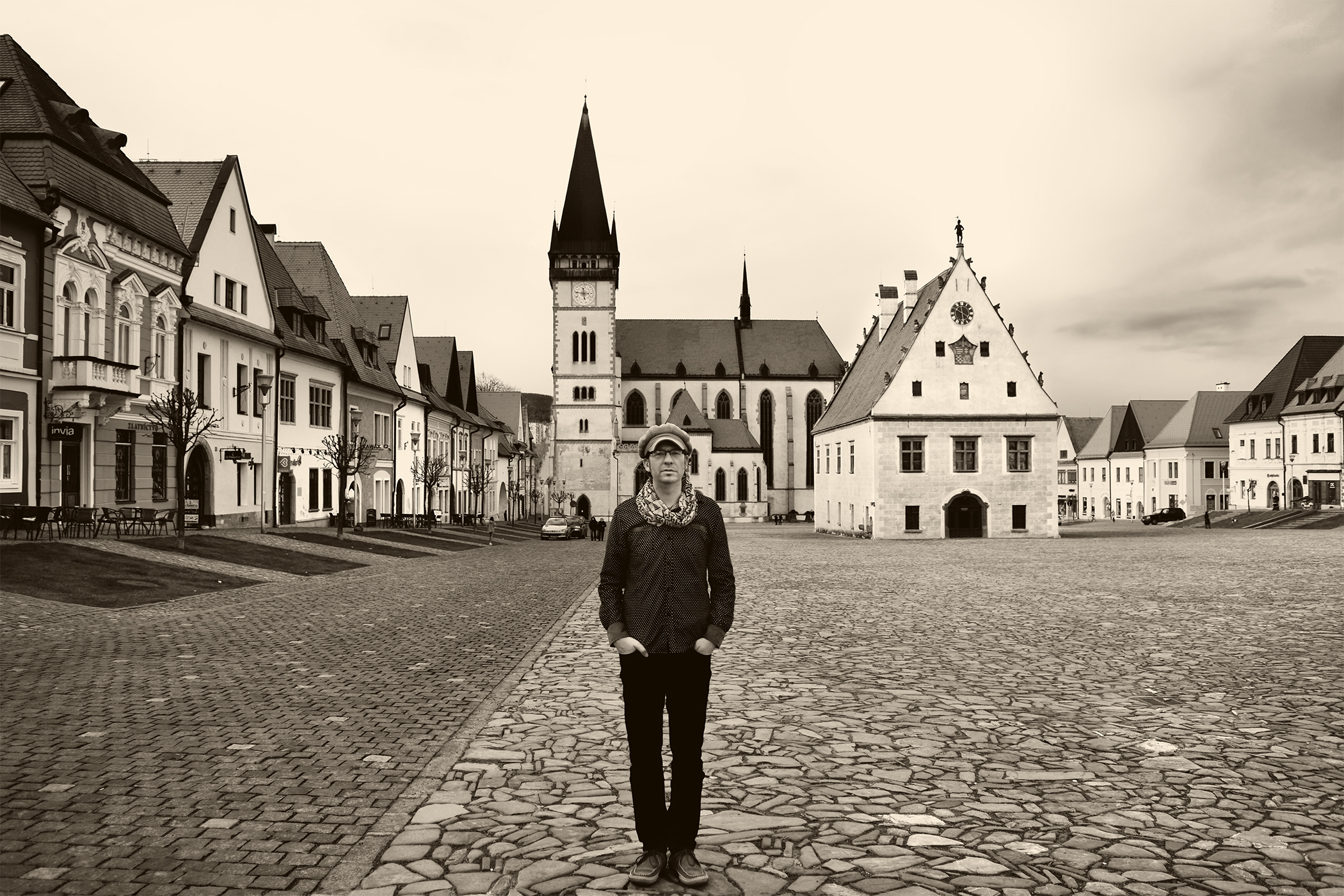